The Capitalist Class - why and how you join 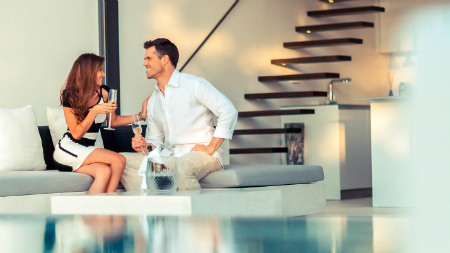 What's the first thought conjured up in your mind by the term the "Capitalist Class"?

Is it a fat cat domiciled in a tax haven island, living off the fruits of their labor? Is it the "beautiful people" who got lucky and inherited fortunes and show their homes off in glossy lifestyle magazines?

Well, the reality is that most of them aren't "beautiful people" like in the picture above (apologies for grabbing your attention so shamelessly!) Instead they're more or less like you and me, but thanks to their prudence and hard work, they've built up a portfolio of investments that pays a comfortable income either on top of their current earnings, or in complete replacement of it. For all you know, your next door neighbour could well be a member, or well on the way to becoming one.

So while members of the Capitalist Class don't all drive Ferarris (the most common car amongst self-made millionaires in America is a actually a Ford), a couple of things are sure: this group of people can provide greater opportunity for their kids and enjoy better health than the average wages-only worker.

Why shouldn't you join them?

The modern world offers more possibilities than ever to end up on the comfortable side of capitalism. It gives you freedom and means in the end that you don't need to sell your time anymore. Ultimately, in order to retire comfortably, you need to be able to live off passive income. Here is a list of quick ideas of how to do this and below we explore what the Capitalist Class is and what characteristics you'll need to join them:

What is the Capitalist Class?

The Capitalist Class are people who can live off their capital. They do not need to sell their time to earn a living. You may look around your office and see plenty of high paid employees who are taking home big bucks. They are not, however, time-free unless they can live off their "outside-work" income.

Even highly-paid employees can be in a vulnerable position. If they don't show up to work, they don't get paid. If there's a downturn in their industry, they can get fired and if they fall ill, they won't be able to earn for their family.

People who live off capital are different. They earn at least a significant part of their income passively.

This means they don't need to physically be working to earn the cash. This is how they can afford to be on a cruise on the other side of the world and still earn a good living.

They are people who get "paid" to go on vacation or to play a game of golf.

Sounds great you may think but surely these people are just lucky? Well, you'll be amazed at how many are "self made". An extreme example is someone like Oprah Winfrey, who was raised by a single mother in a poor household and was sexually abused. Her net worth now is around $3 billion.

For more "everyday" examples, you could check out a fantastic book from the UK called "Free Capital" by Guy Thomas {attach amazon link}. It highlights people who live off their capital which is invested in the stock market.

How to join the Capitalist Class? 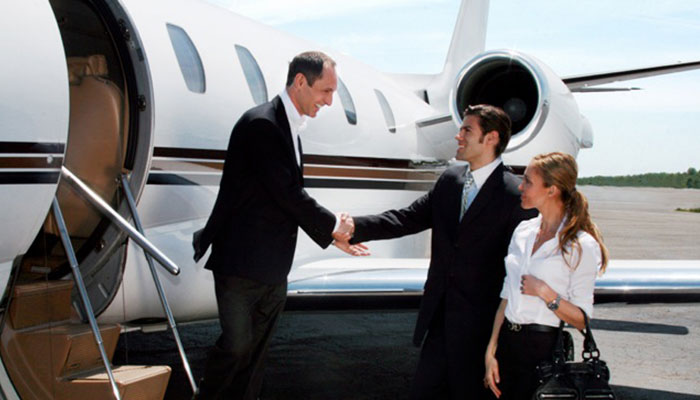 The key to joining the capitalist class is a shift in mindset as much as one of lifestyle. You have to reset your goals to make money work rather than physically working for money yourself all the time.

How do you do this? Well you need to work on building up those passive income streams that will go on paying you no matter whether you show up to work or not.

Examples include building up a stock portfolio that send you constant dividend payments, owning real estate so you receive monthly rental payments or buying or building up your own business in which you employ a management team to run it for you.

The key is that you have this "annuity" type income. It doesn't come easily as you need to do the initial work to build (or buy) the asset but once that initial work is done then you should be able to benefit for many years to come due to the long nature of that income stream.

This initial input of work and/or cash is the one constant in the task of becoming a member of the capitalist class.

For example, imagine you start your own travel website promoting vacations in Tuscany, Italy....

At first, you'll need to write many pages about the area and about what travellers can do or see there.

You'll then want to write reviews about hotels or restaurants and build relationships with them that pay you an income in return for referring business. It is hard work but by no means impossible, and once you have enough traffic you'll get paid every time someone books a hotel room or reserves a table after visiting your website. After the initial work is done then you will receive a constant flow of "passive" income that just needs some ongoing maintenance from you.

The capitalist class are constantly looking for ways to build up diverse sources of passive income and lower their risk of receiving all their income from one particular source. It is very risky just to rely on your job for income as you are always at the mercy of your employer.

Similarly it's risky for a capitalist to rely purely on one source of income. For example, if you only owned one stock then you could lose it all if that stock went into bankruptcy. Instead, a true capitalist should focus on being showered in cash from a variety of different stocks, private businesses, royalties, blogs, interest from bonds, annuities, rents, etc etc.

Joining the Capitalist Class isn't actually hard but it does take enormous self discipline and patience.

First of all, you'll need to build up capital by saving or "create" capital by building an asset. The assets you buy or create need to be productive assets that generate income and earnings for you. You can then exploit compound interest to get the snowball rolling in a big way so you have the wealth that leads you to financial independence and ultimately being able to live off capital. 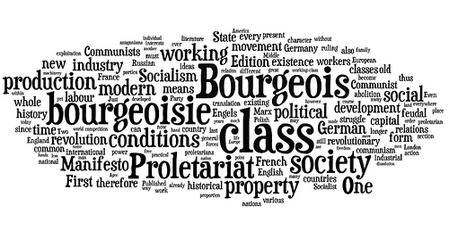 Oh, and you may need to unlearn some preconceptions about what it means to be rich, too. "Money doesn't grow on trees" and "it's easier for a camel to go through the eye of a needle than for a rich man to enter the kingdom of God" are sayings that don't really help anyone to become financially free.

Looking at the situation from a different perspective really helps: Consider the good you can do by being able to live without a job, for example by volunteering your time to worth causes,  employing people, giving money to charity and removing yourself from being a burden on the state. Thinking of these, rather than the negative class terms in the word cloud above will make your first steps a lot easier.

Why should I look to join the Capitalist Class?

Almost all capitalists would say that the biggest benefit is freedom.

Most employees are "wage slaves" who need to show up to work and sell their time for a paycheck. They then spend this paycheck on material items or luxuries they don't need and then have to return to work to go through the cycle again.

A capitalist however doesn't need to show up to work because their dividends  will come to them as long as their assets are producing. This means that work for them is voluntary and they can spend their time doing things they are passionate about. This could following altruistic goals, travelling the world, playing golf, or spending time with their family.

The Capitalist Class are also not as exposed to the ups and downs of the economy or the whim of their boss. They don't care what the market does as they are always looking for opportunities and are fully aware that the business cycle will come and go.

They build up diversified streams of income that send them cash from different sectors of the economy and from different geographies. This means that if one part of the market crashes then they can look for relevant openings using their cashflows from elsewhere.

The capitalist class don't have a "victim" mentality and instead they focus on making their own luck by always looking out for or creating opportunities for themselves. This means the capitalist class can truly enjoy life as many of the stresses and worries of the middle class do not exist for them.

The capitalist class are more geographically mobile, too. They are able to live exactly where they want and don't have to move so they can chase the high paying jobs in areas such as New York City or San Francisco where the costs of living are high. Instead they can live where the weather is better all year round and the cost of living is cheaper. The capitalist class are therefore able to exploit geographic arbitrage.

Finally it's worth mentioning the benefits the capitalist class receive from taxes. Most countries tax capital more favourably than labour. This means that taxes for capital gains and dividends are often lower than taxes on wages.

Politicians know that if they were to tax capital heavily then they would lose investment as capital (unlike labour) is highly mobile and can move quickly. Therefore, you are likely to pay less in taxes by earning $100,000 from capital than you are from labour. You may even earn it entirely tax free by using legal tax shelters such as a Roth IRA in the USA or an ISA in the UK. Capitalists are also probably more able to defer their income so they build up as much capital as tax free.

For more on the secrets of the capitalist class, have a read of this excellent page by Joshua Kennon.