Why do companies pay dividends? 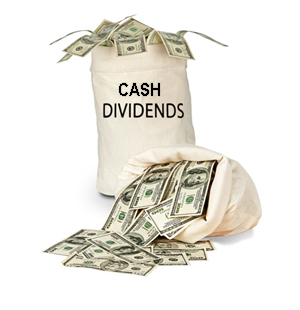 Paying a dividend isn't an obligation . So why do companies pay dividends while others don't?

What does a company's dividend policy say about that particular company and should you favor a dividend payer or not?

Facebook, Amazon, Google, and Priceline are examples of companies that do not pay dividends.

Generally speaking, younger and more immature companies are less likely to pay dividends than more mature ones. This is often because they are at a fast growth stage and want to reinvest their profits into further growth rather than paying them out to shareholders.

Why do companies pay dividends?
1. They make enough profit

Some companies may not be making profits or generating cash so they simply can't afford to pay dividends. Other (profitable) companies may feel like they have better uses for the cash such as making acquisitions, investing in organic growth opportunities, paying down debt or buying back their own shares.

From the investors perspective, there are drawbacks to receiving dividends as well such as having to pay tax on those dividends or different investors having different income requirements (a retired person is more likely to need the income than someone who's still working).

As a result, some investors would rather the cash was returned to them in other ways (such as a share buyback). For more information, have a look at our pages on disadvantages of dividends and share buybacks.

So with some of the drawbacks mentioned above, why do companies pay dividends?

Why do companies pay dividends?
2. They're obliged to serve the shareholder

Most of the more mature companies - for example those listed on the Dow Jones Industrial Index such as McDonald's, Pfizer, Procter and Gamble and Wal-Mart - do pay dividends. Why should they pay when there are other options for the company?

Firstly, you have to remember that is the job of the board of directors to run the company for YOU, the shareholder. That is their fiduciary duty.

Why would you buy a company's stock in the first place?

It should be for the same reasons you would buy any other business - to make and earn a profit. Your focus should be on total shareholder return which is share price appreciation + dividends.

If you were to own a private business, you would likely pay yourself in the form of cash through a dividend.

OK, in the early years you may re-invest back into the business to grow it to a reasonable size. After a while, though, you would likely want to receive payments for your efforts. This is very similar to a large company. They pay dividends from their profits to reward their shareholders for providing them the capital to run the business.

It is up to the board of directors to determine what percentage of the earnings they use to pay dividends (or buybacks) and how much they should retain in the business. They are appointed by the shareholders to make these decisions and run the business on their behalf.

From the investors point of view, there are several other reasons as to why you would want dividends from companies. If the cash is paid to you, then you can decide what to do with it. You can spend it, give it to charity, give it to relatives, pay down your debt or re-invest it in another opportunity.

Why do companies pay dividends?
3. It gives the company financial discipline

Also, a company that pays a dividend or has a strong dividend history has a certain "discipline" imposed on them which means they are probably less likely to waste the money on "power grabbing" projects, or acquisition or buybacks they've overpaid for.

There's also plenty of evidence that dividend stocks have outperformed non dividend stocks over long periods of time. For a good read on this and the evidence to support it then have a read of ﻿this paper ﻿from Tweedy, Browne Company LLC.

For more on "why do companies pay dividends" have a read of our page on the advantage of dividends.